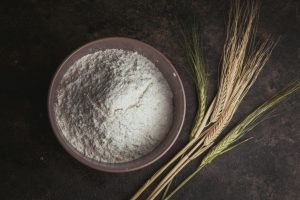 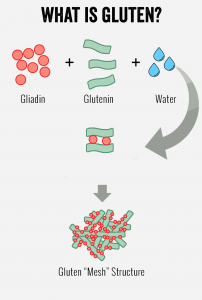 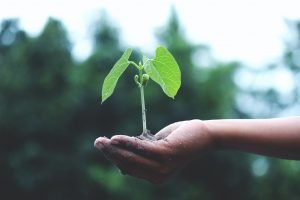 “The most interesting recent research, with considerable implications for making our daily bread wholesome again, has shown that lactic acid bacteria are capable of de-activating the very substances that cause wheat allergy and coeliac disease.

In 2002 Italian scientists demonstrated for the first time that selected sourdough lactic acid bacteria could neutralise some of the wheat gliadin that attacks the intestinal mucosa of coeliacs10. In 2004 a Japanese study showed how the lactic fermentation of soy sauce completely removes any allergens from wheat, which is one of its two main ingredients11. This is no mean feat, since other studies have proved that the particular parts of the wheat gliadin that harm humans are hardly affected at all by stomach enzymes and very acidic gastric and duodenal fluids12. It seems to be the unique property of certain lactic acid bacteria that, given time, they can knock out some otherwise impervious elements that make wheat unpalatable for so many people.

But these are test-tube studies. What do they mean for the bread we eat – or can’t eat?

Most remarkably, the Italians made a bread with 30 per cent wheat flour (plus oats, millet and buckwheat) and fermented the dough with selected sourdough lactobacilli. It took 24 hours to hydrolyse almost completely the wheat gliadins and the ‘33-mer peptide, the most potent inducer of gut-derived human T-cell lines’ (the things that do the damage) in coeliac patients. They made a similar bread raised with baker’s yeast, and fed samples of both to coeliacs in a double-blind acute challenge. Thirteen out of 17 patients showed a marked alteration of intestinal permeability (popularly known as ‘leaky gut’) after eating the yeast-raised bread. But the same 13 patients, when fed the sourdough bread, showed no significant reaction: remarkably, coeliacs had eaten bread with wheat in it with no ill effects. (The remaining four did not respond to gluten in either of the breads.) The authors of the experiment conclude, rather modestly, that bread made using selected lactobacilli and a long fermentation time ‘is a novel tool for decreasing the level of gluten intolerance in humans’13.

Currently, the only treatment for coeliac disease is a lifetime abstention from gluten. This experiment is a ray of hope for coeliacs. It suggests that everyone should be able to eat wheat and rye bread if we get the breadmaking right. What’s more, it may point to how cereal intolerance is not so much a matter of genetic chance as a consequence of the reckless application of scientific knowledge in the service of private gain rather than public health.”

“There was a time when almost all breadmaking involved lactic acid bacteria and a long fermentation time. Before modern yeasts were isolated, most bread was fermented with what we would now call a sourdough and it would have taken many hours to rise. It is an intriguing possibility that, even if the wheats our forefathers cultivated contained the same potentially harmful gliadins as modern varieties, they were largely neutralised by the lactic acid bacteria that bakers couldn’t help developing in their doughs.

Coeliac disease was identified only in the 1950s. In its severest form, it is a seriously debilitating condition unless treated by total avoidance of gluten. If such a disease had existed from our earliest wheat-eating days, is it not likely that sufferers, not knowing the cause or not having enough other food to eat, would have fared rather badly in the evolutionary stakes? Yet it seems that a good many of their genes have survived. A more plausible explanation might be that it was a combination of changes in wheat itself and a move to fast fermentation using commercial yeast and little or no natural lactic acid bacteria that rendered bread indigestible to certain individuals who may, granted, have had some genetic predisposition against gluten.

Could there be a connection between the Irish tradition of making bread without any fermentation at all (it is aerated with bicarbonate of soda) and the high incidence of coeliac disease in that country?

Whatever the outcome of detailed research into the exact mechanisms of cereal intolerance, it is abundantly clear that we have evolved an industrial breadmaking system that, in a variety of ways we can no longer ignore, produces bread that more and more people cannot and should not eat.”